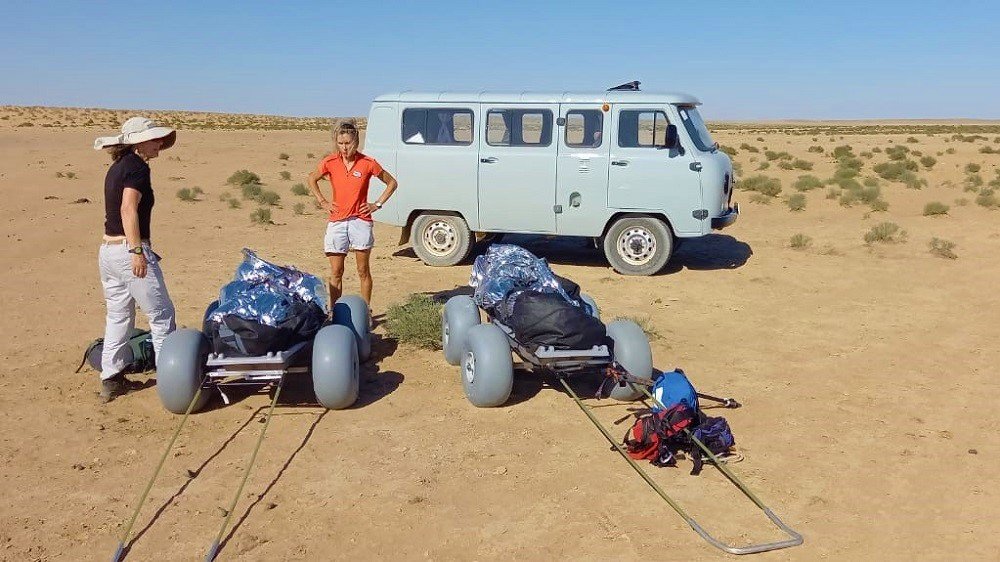 On every expedition, the challenges you fear coming up against the most, prove not to be the ones that nearly fell you. Every path to an ultimate goal is strewn with hurdles to clear. It’s the price to pay. But what can fell you is the totally unexpected and what you are least prepared for, the spanner that some cruel deity throws in the works and makes you silently cry ‘it’s soooo unfair’.

One month before departure, I did an unscheduled pirouette in the kitchen (sober) and crashlanded on the limestone floor breaking a rib.  Happily, I made a determinedly quick recovery in time, only for a fortnight before departure, to crumple with some insidious virus. Feeling as if I had an iron brace around my chest, zero energy and brain fog as thick as smog over Shanghai, I quietly gave myself a covid home test.  Thankfully it proved negative. What better medicine could one hope for? Foggily I clung onto this and carried on acting ‘normal’ to the world.

Shortly before our scheduled departure, Pom and I were cramming in a last-minute ‘sweep’ of kit shops in London’s High Street Kensington. Having parked the car, packed to the gunnels with the kit, on Abingdon Road (note and beware), we swept through all the kit shops like a pair of locusts to return, one hour later to find that someone else had been ‘shopping’, for free, smashed the rear car window and grabbed some bags. It could have been worse, we still had our passports!

Nonetheless, time to deploy my pre-expedition lucky superstition. Some people have a rabbit’s foot, Mo Farah shaves his head before a race, Paula Radcliffe always uses the same safety pins on her number bib, Rebecca Adlington can only set her alarm at an even number, and so on. I wouldn’t dream of setting off on an expedition without getting my eyelashes tinted (for heaven’s sake, who’s going to see or care?).

Feeling beaten up by the Gods after getting the kit stolen and enduring a chest infection I reckoned I also deserve to top it off with a haircut and highlights by my alarmingly erudite hairdresser Rhys at Velveteen.

Now feeling invincible, Pom and I depart for Kazakhstan having received the good news that our freight, thanks to Airswift, has all arrived ahead of us and intact in Aral – despite the mind-warping complexities the logistics involved. This feat simply would not have been possible without the Airswift team.

Ironically, we arrive to find my desert boots and water system have been stolen during the passenger flight from the hold luggage. I have a little confab with the deities and ask them if all these challenges are being thrown at me just because the expedition is going to prove very worthwhile? Will it merit the blisters and thirst that I suspect now lie ahead with an unsatisfactory water system and cheap substitute boots? I pack extra Blisteze and bandaging, and get on with the preparation. 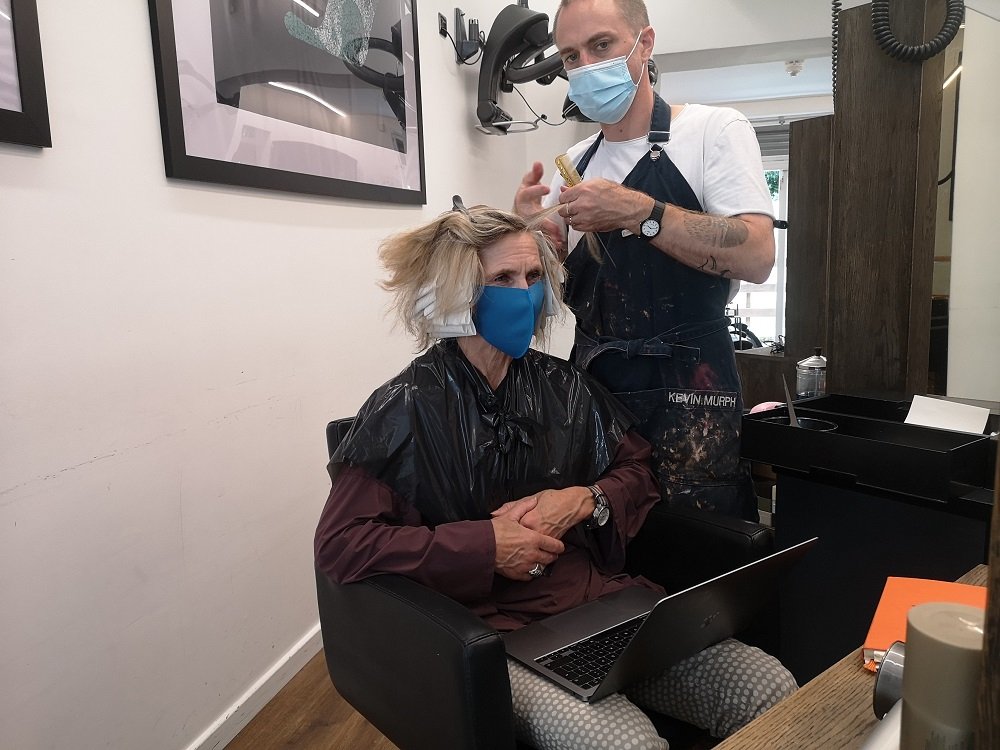 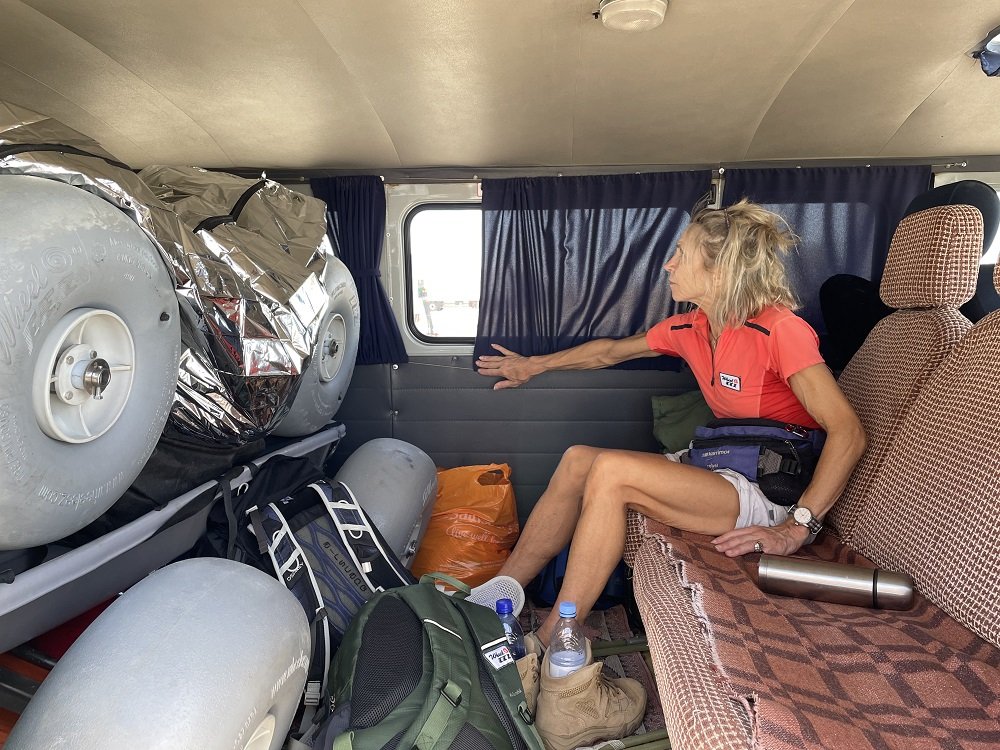 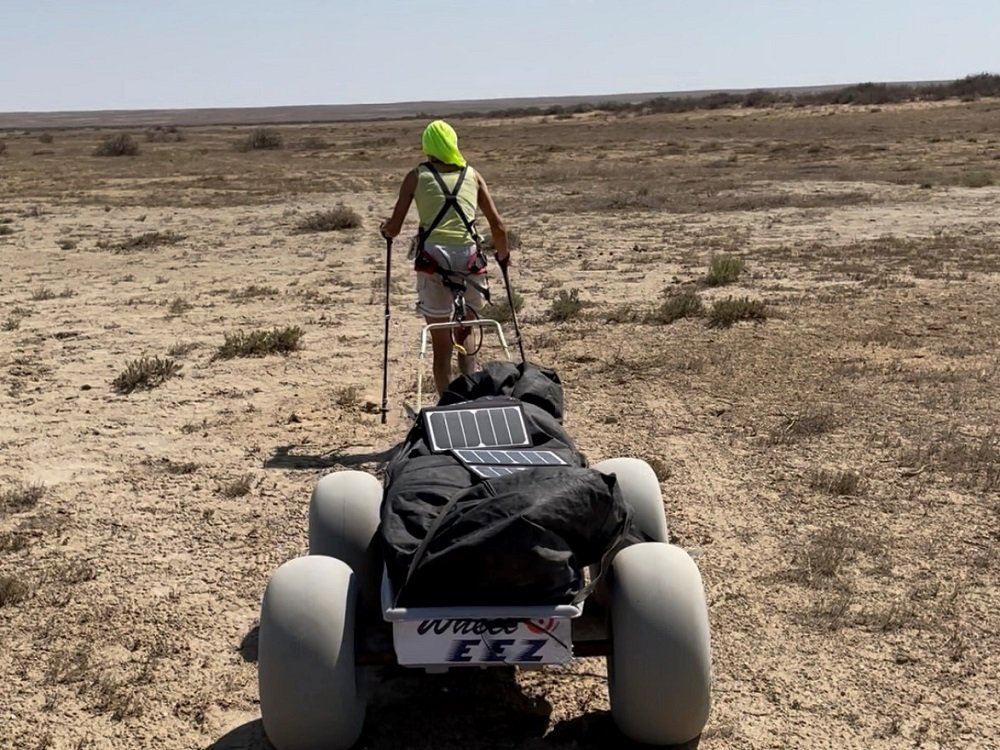