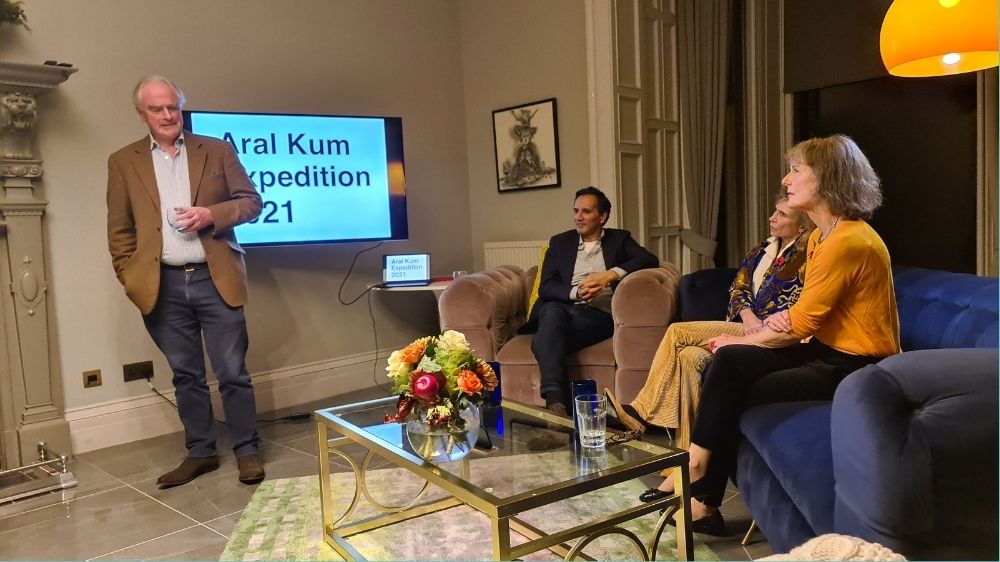 It was surprising that Glasgow didn’t bask in its own micro-climate with the amount of hot air being let off from some quarters – but happily not all. Oxera Consulting, with generosity and panache, hosted an interview on the Aral Kum Crossing with Pom and me. Held at the home of former Savoy resident artist, Stuart McAlpine Miller, The Gart nestles just beneath the Trossachs – a traditional Scottish baronial building, although that’s where anything predictable ends, with its startlingly contemporary interior, filled with a wildly eclectic collection of art and possessions, it’s all of eye-brow raising incongruity.

More eyebrow-raising at some of the revelations and descriptions were drawn out of Pom and myself by Iggy Bassy, Founder and CEO of Cervest (climate intelligence programme); the explanation as to how The Aral Sea has become known as one of the world’s worst man-made environmental disasters, our findings there during the crossing and our hopes, or not, for the restoration of the area. Hopefully, we spoke in clear, rhetoric-free voices illustrating the impact of ill-conceived policies that put economic, over environmental, priorities first and how horribly quickly we can damage the environment, and leave the scar forever.

Happy to see some expedition sponsor faces there from Airswift to Klere, a sprinkling of private sponsors to Cervest and our hosts Oxera.

All in the same evening, the interview and drinks were followed by a seamless move from all matters ‘green’ to some blues being belted out by the legendary jazz and gospel singer Lalita Jackson (conjured up by Michael Naylor, Chairman of Jupiter Green Investment Trust) who also has her green credentials by way of being an exec director of a climate finance company. Wow! What a blast after so much downbeat forecasting for our planet, ending the first week of COP26 on a high note. 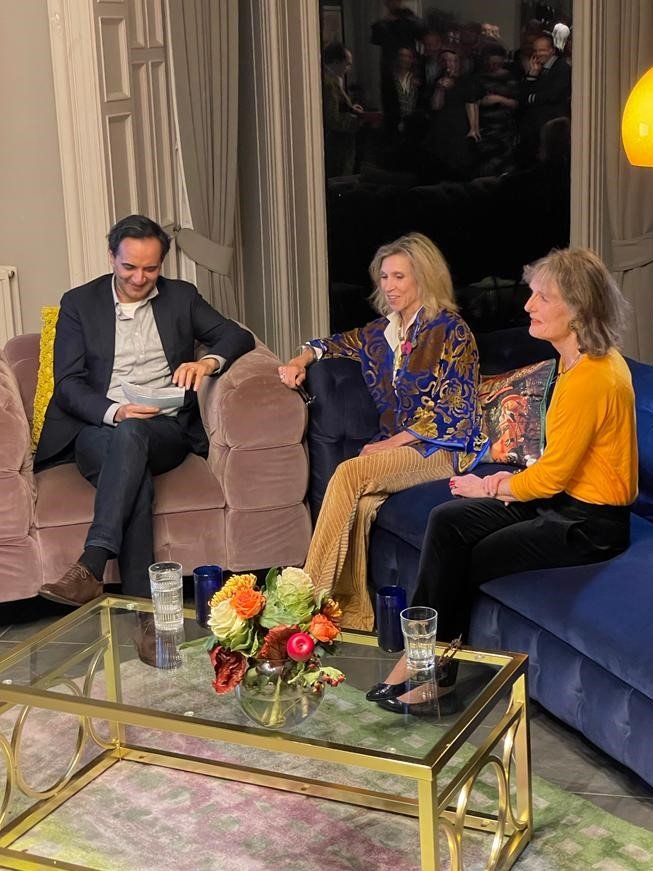