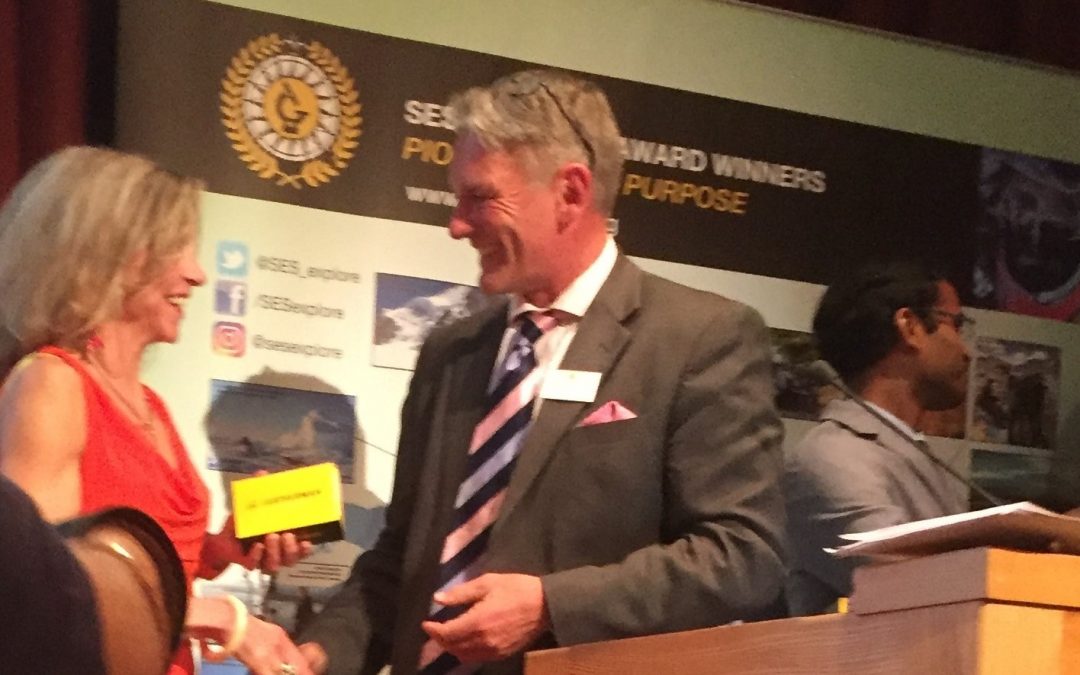 Climate change and the reports from NASA showing the North Ice Cap turning from white to blue seems to confirm the likelihood that record set by Rosie Stancer on her ‘North Pole Solo’ Expedition, which had to be cut short after 86 days just miles from the North Pole, will not be broken in her lifetime.

At SES in May 2017, Andrew Mitchell honours Rosie’s achievement which at the time seemed like ‘unfinished business’ but now sadly seems to be an unbroken record. The Scientific research is being undertaken by Martin Hartley, Anne Daniels, Pen Hadow and many more will champion the need to act now, to arrest our planet’s energy consumption and the disappearance of the Arctic Ice Cap entirely.